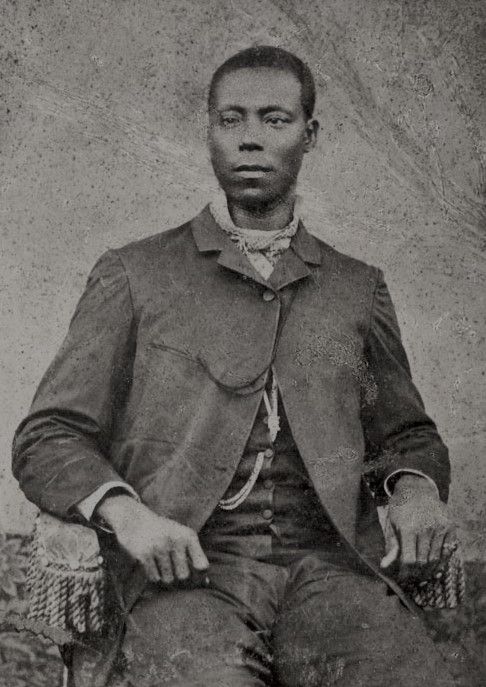 As it needed urgent conservation, Edna Manley’s Bogle statue was in 2009 removed from its location in front of the burnt-out Morant Bay Courthouse to the studio of the sculptor Fitz Harrack, now deceased. The return of the restored statue has, however, been resisted by activist members of the Morant Bay community, who want to have it replaced with another statue based on the photograph. The National Gallery of Jamaica’s exhibition Edna Manley’s Bogle: A Contest of Icons (2010) sought to intervene in this debate. In this exhibition, and the accompanying catalogue, the then Chief Curator David Boxer advocated for the acceptance of Edna Manley’s Bogle as the main representation of Bogle and, by implication, its return to Morant Bay. He also raised questions about the authenticity of the photograph which has served as the official image of Paul Bogle.

The photograph was first brought to the attention of the Jamaican public on the front page of the Sunday Gleaner of 19 April 1959, during the heady years of Federation and, ultimately, independence, when ideas about how to represent Jamaican nationhood and history were being actively considered. The photograph had been discovered by W.G. Ogilvie, a member of the Jamaica Historical Society, who had retrieved it from Mr Reuben Ewen of Spring Gardens in St Thomas. Ewen’s grandmother was a niece of Paul Bogle. The photograph had been preserved by her family as a portrait of him.

The same photographic image was, at least to my knowledge, first used to represent Thomas L. Jennings by BET about a decade ago, as part of a Black History Month feature. If memory serves me well that was after the National Gallery’s Contest of Icons exhibition. It may well be Boxer’s questioning of the authenticity of the photograph as a representation of Bogle that created the opportunity for it to be “captured” as an image of Jennings.

There are technical and historical reasons why it is improbable that the photograph represents Thomas L. Jennings, who died in 1856 at age 65. Tintype photography was invented in 1853, when Jennings was already elderly, and only became commonly used in the 1860s and 70s, or well after Jennings’ death, as an affordable and more democratic alternative to earlier photographic technologies. Furthermore, since the photograph represents a relatively young man, it is practically impossible that it is of Jennings. Paul Bogle, on the other hand, died in 1865 at age 43, around the time tintype photography first became available in Jamaica. The man in the photo could be that age, but the photograph is not entirely consistent with a contemporaneous description of Bogle, which describes his face as “pock-marked” (although this would not necessarily be visible in a formal photographic portrait).

The photograph’s belated attribution to Jennings may, quite ironically, stem from the same impulse as the attribution of the photo to Bogle: the desire to attach a credible and engaging likeness to a historical figure of note. And, somehow, it stuck, even in Jamaica, perhaps because we tend to give more credence to claims made in the USA than in Jamaica itself. However, unless BET, or any other parties that have used the photograph as a portrait of Jennings, can provide incontrovertible evidence we can safely assume that their identification is wrong, for the technical and historical reasons outlined above. And, unless I missed something, we have as yet seen no such evidence.

While the photograph’s identification as being of Bogle may have been a bit hasty, it is unlikely that the story published on the front-page in the Sunday Gleaner of 19 April 1959, was some elaborate hoax. We can safely assume that the story about the retrieval was substantially accurate and that the photograph at least originated in Bogle’s family. David Boxer actually suggested that it may represent a younger Bogle family member, rather than Bogle himself, which would explain the figure’s youthful appearance. It has, however, not been ruled out that the image may indeed be of Bogle himself. The long and short is, thus, that the photo may or may not be of Bogle, but it is almost certainly not of Jennings.

Part of the problem is that the original tintype photograph, which, reportedly, was deposited at the Institute of Jamaica in 1959, is missing and only copies are available at the National Library of Jamaica. If it is still around, it would be in Jamaica’s interest for the original photograph to be found and studied, as this would provide important information such as the name and address of the photographic studio where the photo was taken and whether it originated in Jamaica or in the USA. That would provide a sounder basis for the identification issues to be cleared up. It would also confirm whether the original photograph was in fact a tintype, which has significant implications for its dating.

Until then, however, Jamaica faces the uncomfortable situation whereby the legitimacy of a well-established and well-liked image of a national hero has been put into question. It is unrealistic, I believe, to expect that the Edna Manley’s Bogle can take its place, as that representation has been too controversial, especially in the Morant Bay community, for it to gain broadly shared acceptance. How a new, more consensual image of Bogle could be arrived at, especially with competing representations already in circulation is, however, a question I cannot answer. 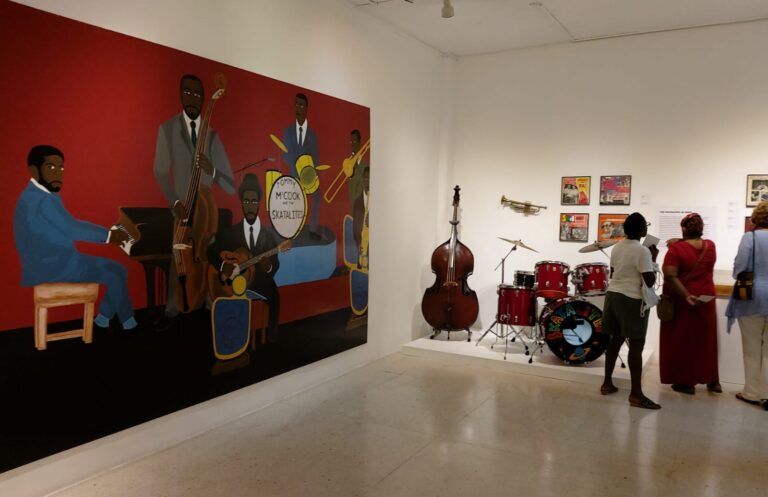 The National Gallery of Jamaica has finally announced its reopening, on 5 October after having been closed to the public since 14 March 2020, because… 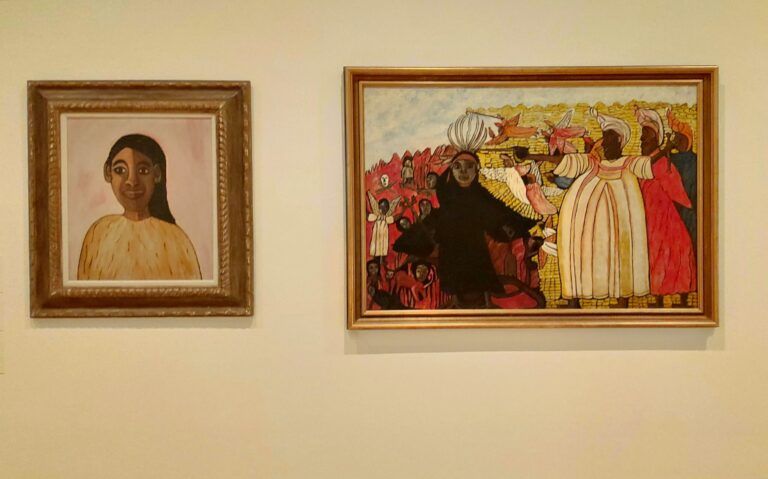 Recent conference travel allowed me to spend a few days in New York City for a round of gallery and museum visits. There were several… 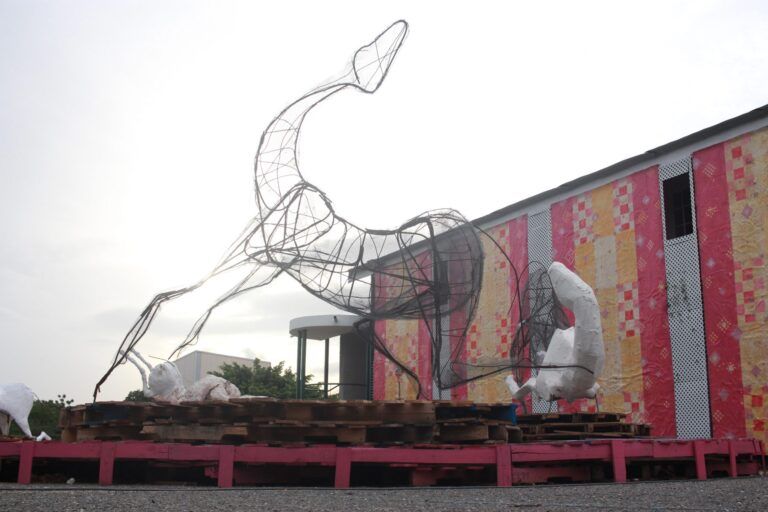 The Edna Manley College’s final year show is a signal occasion on the Jamaican art calendar and this year’s In Situ exhibition, which closed on… 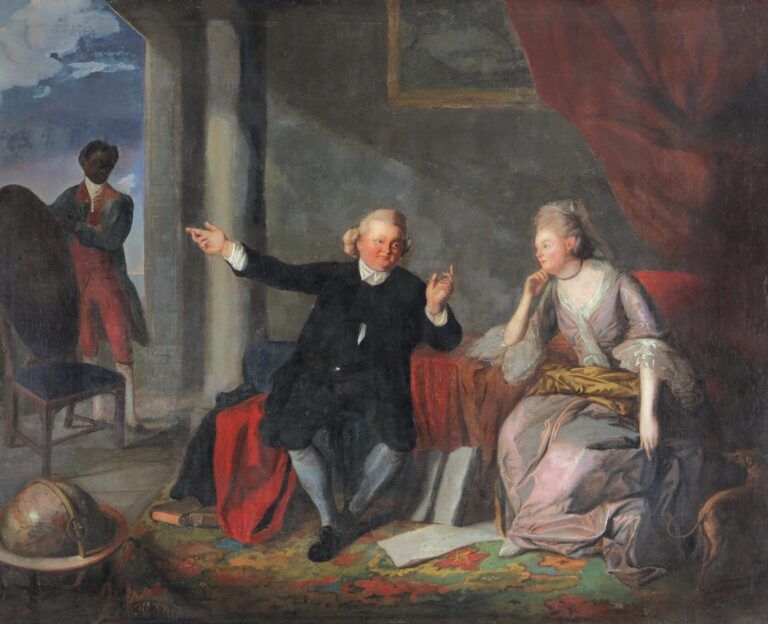 veerlepoupeye.com This week, I start a new series in which I explore and contextualize famous and less well-known works of Jamaican art. The subject of… 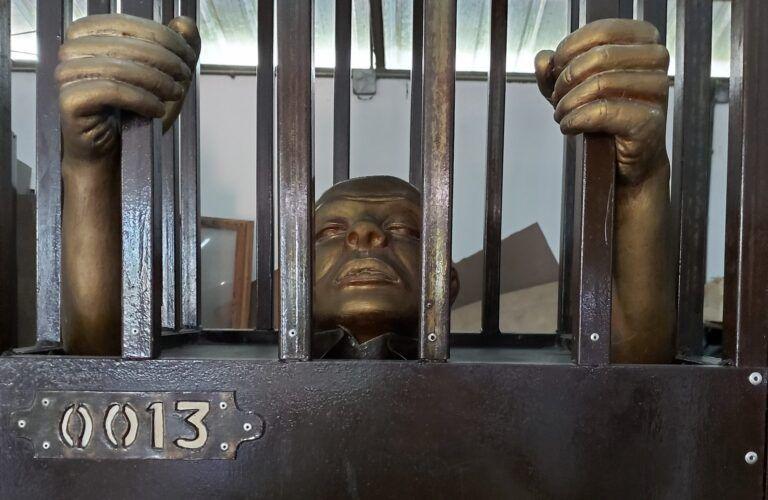 The occasion for my trip to Haiti, which will have ended by the time this column is published, was my role in the Caribbean Cross-Residency… 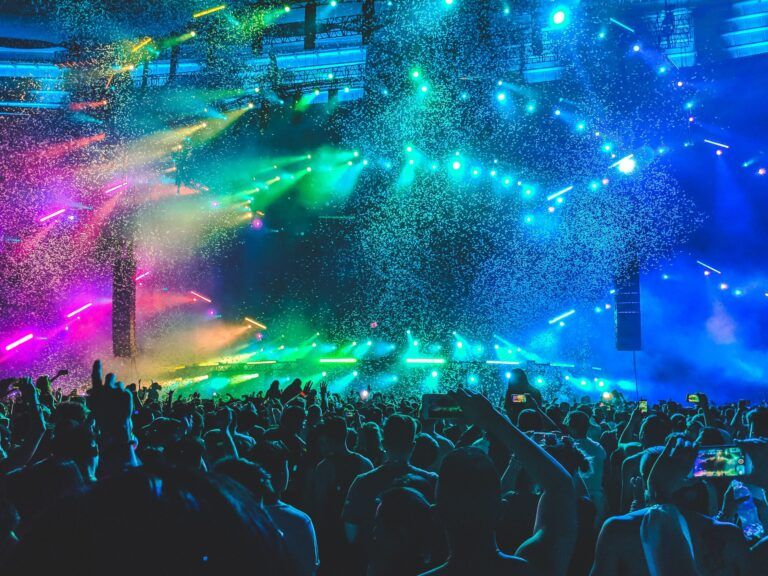